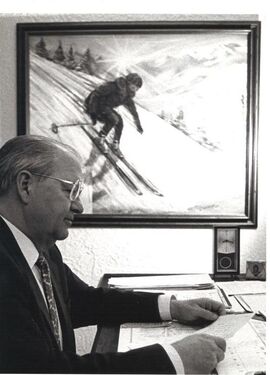 The story of Hillcrest Homes and Properties LLC begins in 1952, when Harry Macco established Hillcrest Homes in De Pere, Wisconsin.  It began as a construction company which handled land development, light commercial, single family, condo, and multi-family development, and over the years it became an integral part of the local community, developing the first planned unit developments in both De Pere and Green Bay.
​
Harry Macco’s son, Mark Macco, who now owns Hillcrest Homes and Properties LLC, learned from his father that hard work always pays off. Throughout Mark’s childhood and into his late teens he did various jobs at Hillcrest, and in 1985 started working full-time there for his father.  He started off delivering building materials to job sites, and in time he began working in Hillcrest’s custom cabinet shop, as well as working on the framing crew building new homes, apartments, and adult care homes. He worked in every aspect of home building, learning the process from the bottom up. ​ 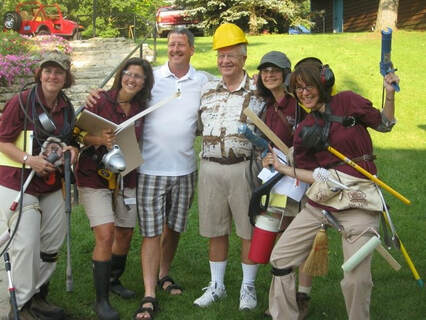 In 1995, Harry asked Mark to join him in the main office of Hillcrest Homes in a supervisory position where he would watch over the delivery drivers, cabinet crew, and spray shop. He also did the purchasing of all building materials for the homes and other projects and worked very closely with the supervisors to help keep their projects on pace.
​
With the passing of his father in 2016, Mark carried on the family tradition by starting Hillcrest Homes and Properties LLC, and operates out of the original location where his father first started Hillcrest Homes.  Mark earned his General Contractor’s License and has been building both spec homes and custom homes and has been very much enjoying every part of it!  Hillcrest has participated in many Brown County Home Builders events, including the Showcase of Homes, various fund raisers, and their annual fish fry. Mark is not only a member of the Brown County Home Builders Association and the Wisconsin Builders Association, in 2017, he was asked to sit on the board of directors for the Brown County Home Builders Association. He was then re-elected in 2018 and 2019. Additionally, Mark is also a member of the Green Bay Area Chamber of Commerce.

Personally, Mark has been married for over thirty years and has two sons and a daughter. Mark was his sons’ baseball coach and was active in their Boy Scouts club for years. On occasion he still mentors young men so they can reach their goal of Eagle Scout Rank. Mark is also very active in the De Pere School system, as a coach for the archery program and helping with the “Harry Macco Learn to SKI Foundation.”  Since 2012, Mark and his brother-in-law have also been taking kids on archery bear hunts and have been very successful. He not only gives all of himself at work, but also uses his personal time giving back to the community in various fundraisers